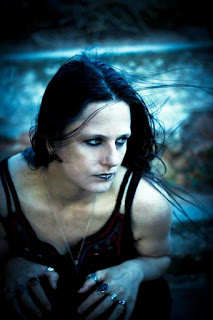 The End is the Beginning

Inkarna came into being through death. 2010 was not a good year for me. Not only did a musician whose work meant a lot to me pass away, but a close friend and mentor passed a few months later. The first death was more symbolic—part of my past turned to dust. I never knew the man but during the months after his passing, I grieved for an aspect of my young adulthood that was gone. The second death hit me hard. I carried residual guilt for not having had the courage to go see my friend in hospital when he was ill. I felt like I was the one who had been the bad friend. I’d been editing a book of his, about mapping out parts of the psyche. This will now never see print.

I had two dreams that year. Both were vivid, lucid. Both were assurances from these men that I don’t feel regret; that I approach life on my own terms and frame my experiences in my own words. The words of another are anathema. Dreams are open to subjective interpretation, but I still drew comfort from the experiences.

I wrote Inkarna in a fugue state over a period of two months. After that I still had to pass through my own Black Gate as I battled depression, but I pulled through. It’s not always easy seeing the forest for the trees but being able to put words down helped… and still helps. I can’t afford the psychiatrist bills, so writing steps into the breach.

What you see when you hold Inkarna in your hands is the result of my grieving process, of finding that kernel of hope within the emotional devastation. We will all die one day. Death is inescapable. But it’s what we do with our time here and now that matters. Every day might be our last, and that is how I try to live each day: as if it were my last.

In setting down Ash’s story in Inkarna, I wanted to illustrate a theme that had been haunting me for a while. What if death is not the end? What if the Egyptians had the right of it? What if there was a race of beings that were functionally immortal—body snatchers who hand-picked which bodies they would return in?

The idea of possession has always frightened me, and I wanted to break away from the standard tropes of vampires, angels and werewolves that are so popular in the media at present. This is how the Inkarna as a type of supernatural being coalesced. I’ll admit to being influenced in part by the Highlander mythos, as well as the old White Wolf Mummy gaming supplement, which went with Vampire: The Masquerade. I’d always thought that a character that kept returning—albeit in a different body each time—was a very cool concept to run with. This was especially since killing the physical body wouldn’t work in the long run—and a problem for a vampire faced with an eternal and implacable enemy.

I’m well pleased with my Inkarna. They’ve got their own magical system and the milieu as a whole dovetails nicely with my existing stories concerning my black magician and other supernaturals—so there is a fairly good chance I might write a crossover at some point. In fact, there’s already a crossover out there for those who’re interested, written in collaboration with Carrie Clevenger (http://www.amazon.com/Blood-and-Fire-ebook/dp/B006SD3F2S/ref=sr_1_3?s=digital-text&ie=UTF8&qid=1333356333&sr=1-3). It was a bit of a challenge to write so that I didn’t give any spoilers, but Blood and Fire has been well received.

So, the question is, will there be more of the same? Definitely. There’s more than enough scope for intrigue at the end of Inkarna to suggest follow-ups. I’m tickled enough with the milieu to consider setting several novels in the world of my ancient Egyptian reincarnation cult! 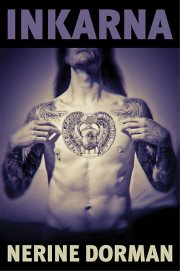